File As A Foreign Entitiy

How Do I Qualify My Delaware Company To Do Business in Another State? 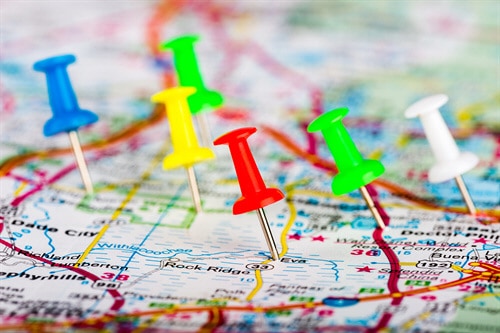 What is a Foreign Corporation?

Whether an entity is domestic or foreign does not depend on the location of the principal business office. Instead, it depends on where the entity was formed and what law governs its internal affairs.

What Are The Name Requirements and Limitations?

A foreign entity registering to transact business in the state of Delaware must register under a name that is available in Delaware, that is not the same as, deceptively similar to, or similar to the name of any existing domestic or foreign filing entity already existing in the state and not already filed with the Secretary of State. Using the word "The" or "of Delaware" does not qualify a name. Delaware requires a Certificate of Good Standing from the state. You must be our client and use Global as your Registered Agent for us to file the Foreign Qualification.

What Does "Qualify" As A Foreign Corporation Mean?

States generally have a similar filing process to qualify (or register) as a foreign corporation, but some states may require a bit more detailed requirements for that state. However, here are the general requirements that almost all states will demand.

How Do I Register My Delaware Company To Qualify In A State Other Than Delaware?

As long as the name is available you can qualify your Corporation or LLC to qualify to do business in another state. If the name is not available then you will need to qualify under a fictitious name. Using the word "The" or "of State Name" does not qualify a name. This holds true in most states.

Most states require a Certificate of Good Standing to accompany the application. Our fee to order a CGS is normally $75 but takes about three weeks to be issued. If you are in a hurry we suggest you take advantage of our expedited services and order the CGS for $150.

Fees to qualify your Delaware company differ from state to state. The fee will depend on the address used for qualification. If we provide the Registered Agent Service with address our fee in most states is $150 and most likely will NOT include mail forwarding services. (California e.g. is $260 paid yearly). Exceptions for mail forwarding include the states of Florida, Massachusetts, Connecticut, Pennsylvania, Maryland, New Jersey, Wyoming and New York where mail will be forwarded.